Many longtime landholders in the local district (not just in the areas that were burnt in 2009) have noticed the emergence of Fleabane (Conzya Sp.) as a dominant weed in areas, especially on roadsides and open areas. A common comment goes something along the lines of “I have never seen this weed before but now it is popping up everywhere” There are three species of this weed that are closely related. The most common one in this district seems to be Tall Fleabane – Conyza sumatrensis, which can grow up to 2m high. Unlike the closely related  Flax-leaf Fleabane – Conzya bonariensis, which has multiple branches from the base, it has one main stem from the base with branches containing flower heads at the top of the stem.

Fleabane like many weeds is most likely to take hold in areas where there is bare soil or disturbance and less competition from other plants. The best way to control it is to prevent it seeding, as well as trying to maintain a thick ground cover of more desirable species. This could be done by hand pulling or herbicide for larger infestations, Some sources say that one Fleabane plant can produce over 100,000 seeds. It is a member of the Asteraceae (Daisy) family and like most species in that family the seeds are light and fluffy and can spread a long way when carried by the wind. 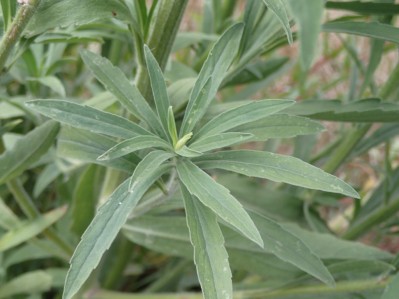 Conzya sumatrensis – Tall Fleabane, Growing in an open disturbed site. Note the singe stem from base, with the branched flower-heads. 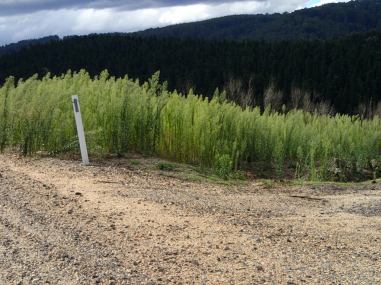 Masses of Fleabane (Conzya sp.) in this disturbed area between a roadside and a logging Coupe. 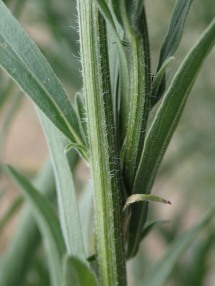